Wow.. When I thought about writing this post for you guys, I thought it would be so easy. But the truth is, I’ve been sitting on this for the last three days and didn’t know where to start. I just sat here staring at this blank screen, with a million memories running through my head… But then the exact moment this journey started popped into my head and I knew I had to start there.

So take me back to February of last year.

I had a scheduled work trip in Miami and told my best friend to meet me there since I hadn’t seen her in a year. She lives in Michigan, so the trip to Miami was way closer than coming to Cali! We actually met the year before in Cancun, on the annual trip D’s agency takes at the end of the season. She was dating a guy who was on another team and we’ve been inseparable ever since!

It’s crazy how close you get with some of the other WAGS over such a short time period. But when the guys are gone on business trips, or even with their long days, it’s nice having friends who are going through the same things as you! They just get it! But we’ll get back to that later!

I had this trip planned for weeks, but a few days before I was supposed to leave I seriously considered cancelling. You’re probably like, “Huh?! Why would you cancel a free trip to Miami?!!”

Well.. After weeks of silence and not knowing what was going to happen with D’s career, he finally got a call to try out with the 49ers!.. And guess what? It was scheduled for the day after I left to Miami!

Every time D had a tryout it was always in another state. I’ve always had to wish him luck from afar. But this time, it was right where we lived, so I wanted to be there!

It was the perfect situation. D home. Getting another shot to live out his dreams. Us both home, with our families. It almost sounded too good to be true. And in the past I’ve set expectations, only to be let down, so all I could rely on this time was God’s plan. If this was meant to be, it would be. So I was trying my best to just let go and let God, so I ended up not canceling the trip.

And for those who don’t know what a tryout is, it’s exactly that. The team will usually bring in a few guys who are all the same position and they have them run routes etc to see if they want to sign them. Most of the time there’s only one spot available, so while one guy gets to stay, the other guys are sent home.. But sometimes, a team might not even sign anyone from the tryout, so everyone ends up on the flight home. This happens more often than not. And D has been on a few tryout’s so we know how both sides go.

Well fast forward to the day of his tryout. I had meetings until about 2/3pm which is 11am/12pm Cali time. And his tryout started around 8/9am so I was essentially in meetings the entire time. I don’t even know how I got through the morning to be honest. All I could think about was D and if he was okay and ready and feeling good! My best friend was texting me from the hotel, telling me it was going to be okay and that she’s praying for him and that I would be out of meetings soon enough relaxing on the beach with her…

But by the time I finally got out of meetings (which felt like FOREVER), I still hadn’t heard from him. I initially thought that was a good thing. But then I starting to think maybe they were just trying out a bigger group so it was taking longer?.. Which in turn made me more nervous!

The anticipation was killing me and my best friend could tell, so we threw on our suits and headed for the beach! By this time its was around 4:30pm (1:30pm Cali time) and still nothing! I was so confused! Usually he knows whether he’s staying or not by like 11am or 12pm when he’s had tryout’s in the past… Why was it taking so long this time?? I was lowkey stressin’!! haha!

We managed to walk miles down the beach, stop by Ladurée for some macarons, stop by a really cool rooftop bar to grab a drink AND arrive at our restaurant without hearing one word from him!!! It was 7:30pm by then (4:30pm Cali time).

Then all of a sudden I got the call.

He told me he made it!!!! And that he was about to sign his contract!! I immediately broke out crying. Right then and there in the middle of the restaurant. I’ve never cried any of the times he’s made a team.. But this time… this time was different. Through all the trials and tribulations he’s had to go through.. Through all the trials and tribulations we’ve had to go through… this was God’s plan. Everything finally made sense and I can still remember the happiness I felt that day… PURE UTTER HAPPINESS. I’d relive that day over and over again if I could.

So that’s the day he signed with the San Francisco 49ers. But let’s fast forward two months.

But this season really did FLY BY! I can’t believe I’m writing this recap when the above story feels like yesterday. There were so many amazing memories made, life-long friendships created and for the first time ever, offseason is a little bittersweet!… Wow, I never thought I’d say that 😉

However.. Me and D were able to go to the grocery store together last night! While you may be wondering what’s so significant about that, it’s the little things in life that matter! We haven’t been able to grocery shop together since July. AND he made dinner!! So while I’ll miss my friends, I’m excited to have more time with DeAndre again. 🙂

And I can only hope that next season will be able to top this one! But it’s going to be pretty hard! 😉

From the 49ers family bbq’s and tailgates, to open practices’ in the warm summer sunshine.. To suites at The Weeknd concert, girls trips to Napa for the PGA tour and more.. This was a year to remember!

There were bowling nights after the games, significant other’s luncheons, TONS of amazing philanthropy opportunities, fashion shows, lunches and dinners.

D and I also picked up and moved to the South Bay, I left Corporate America and became a full-time blogger and we were able to spend every holiday with family!!!! That hasn’t always been possible!

To say this was a great season is an understatement! I can’t explain the amount of support I’ve had!

…Yikes… This post was a lot longer than I anticipated 😉 but I hope you liked my recap and be sure to stay tuned to my Instagram and IG stories for all the offseason fun!! 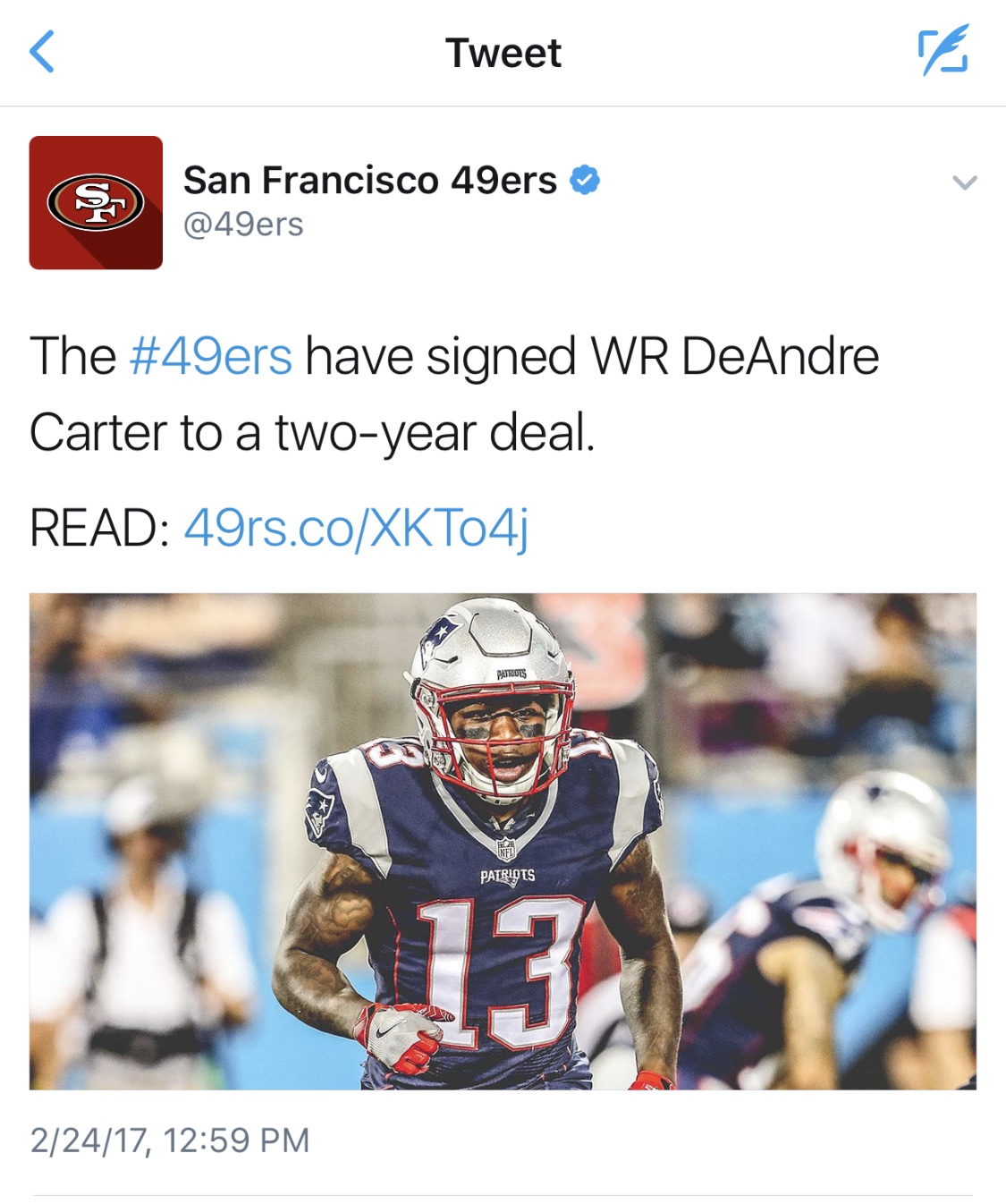 The day after he signed with the 49ers! 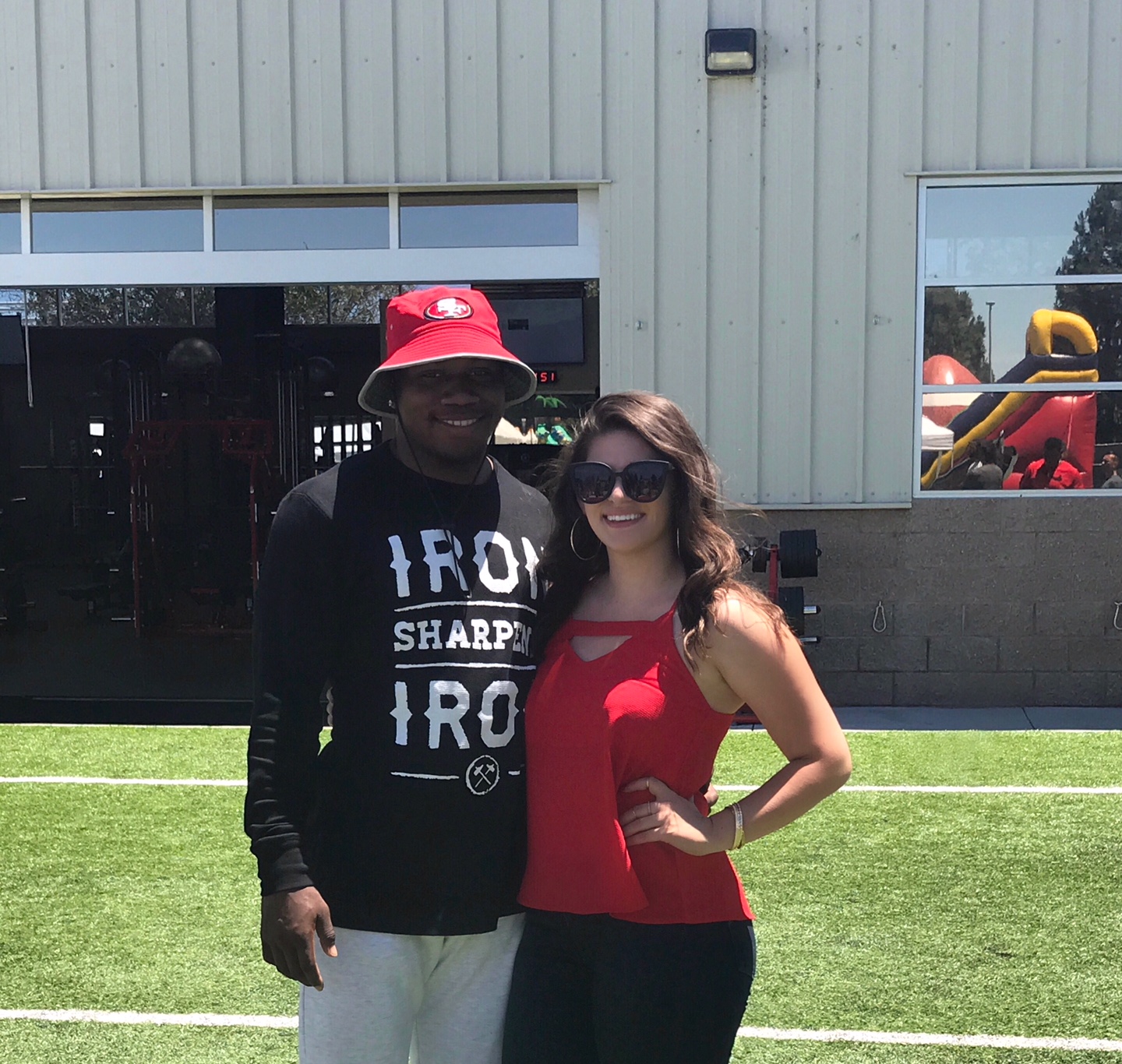 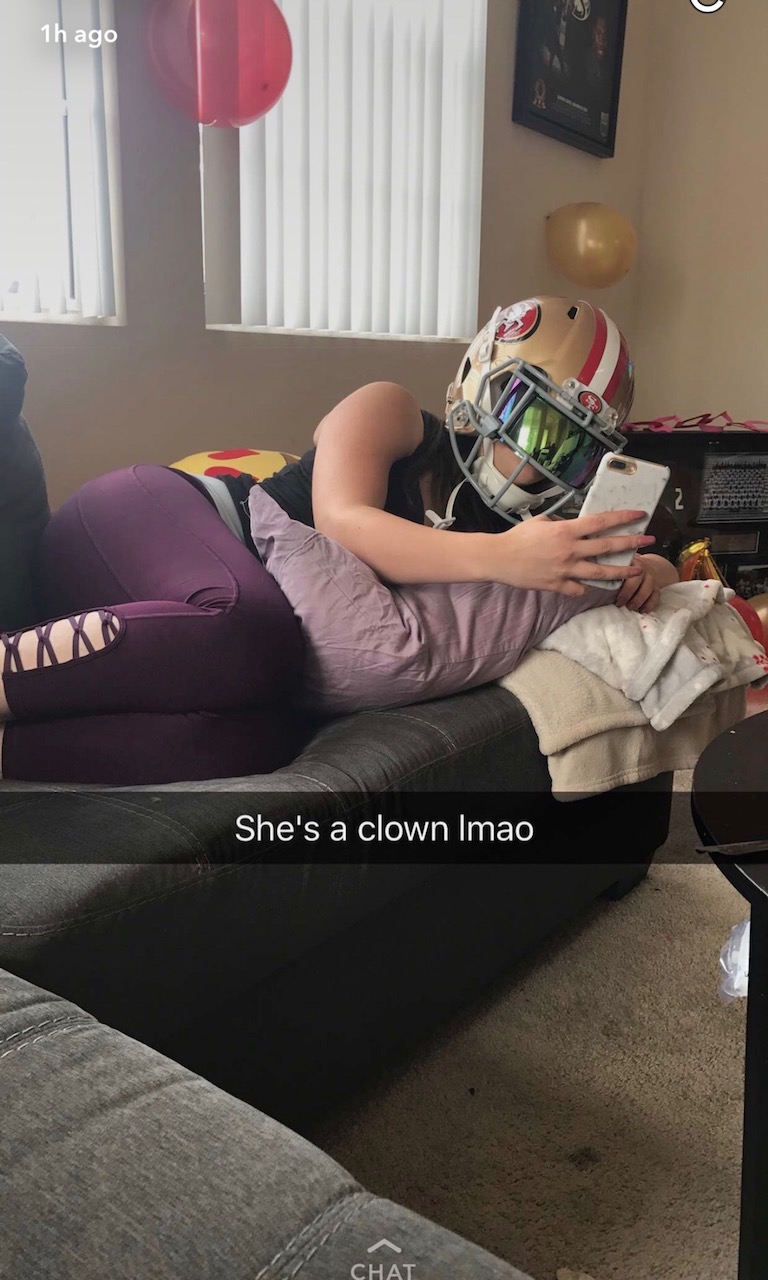 DeAndre taking snaps of me 😉 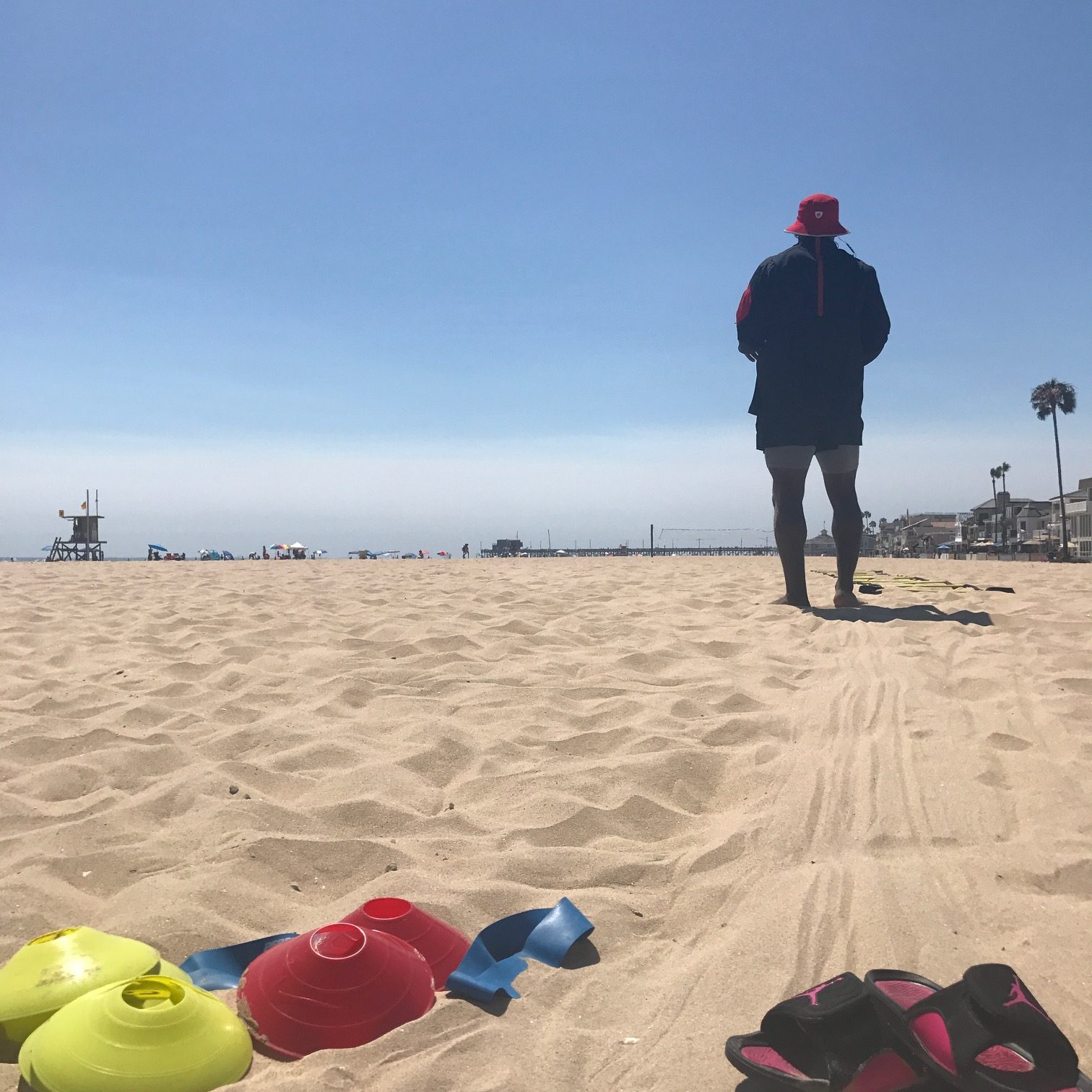 Beach workout in LA for my birthday weekend 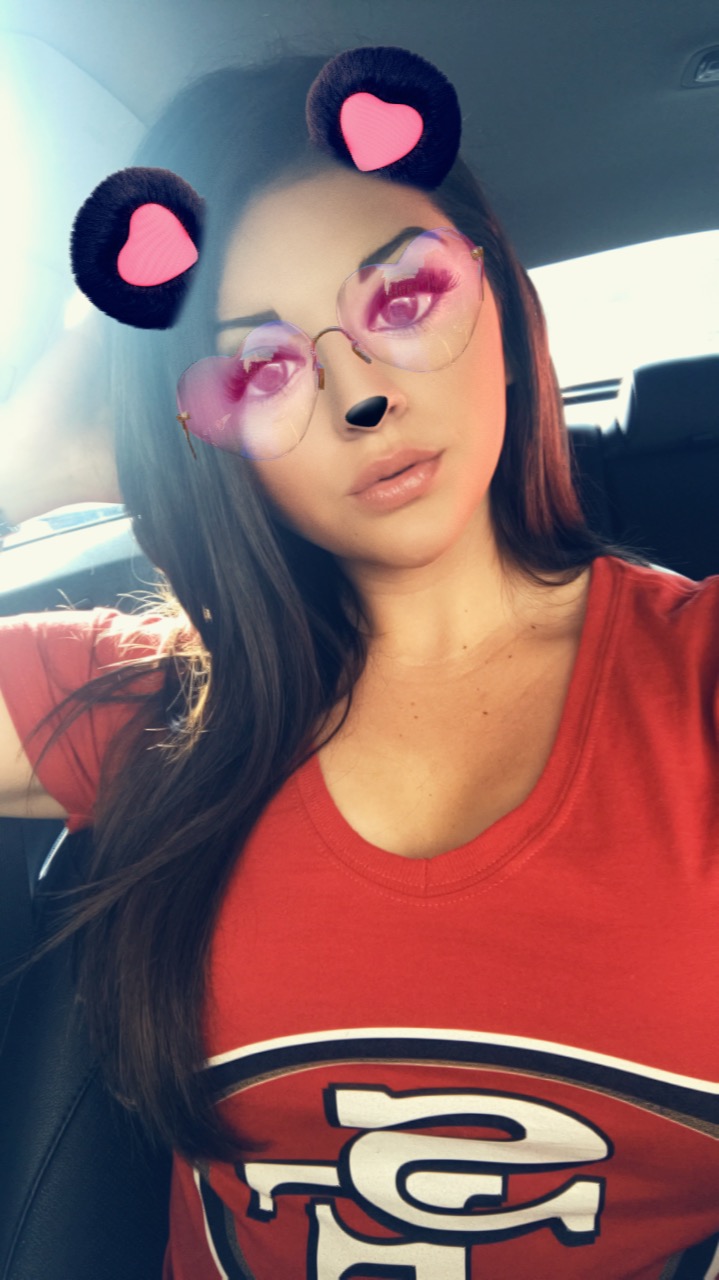 Open practice in the stadium

Open practice in the stadium 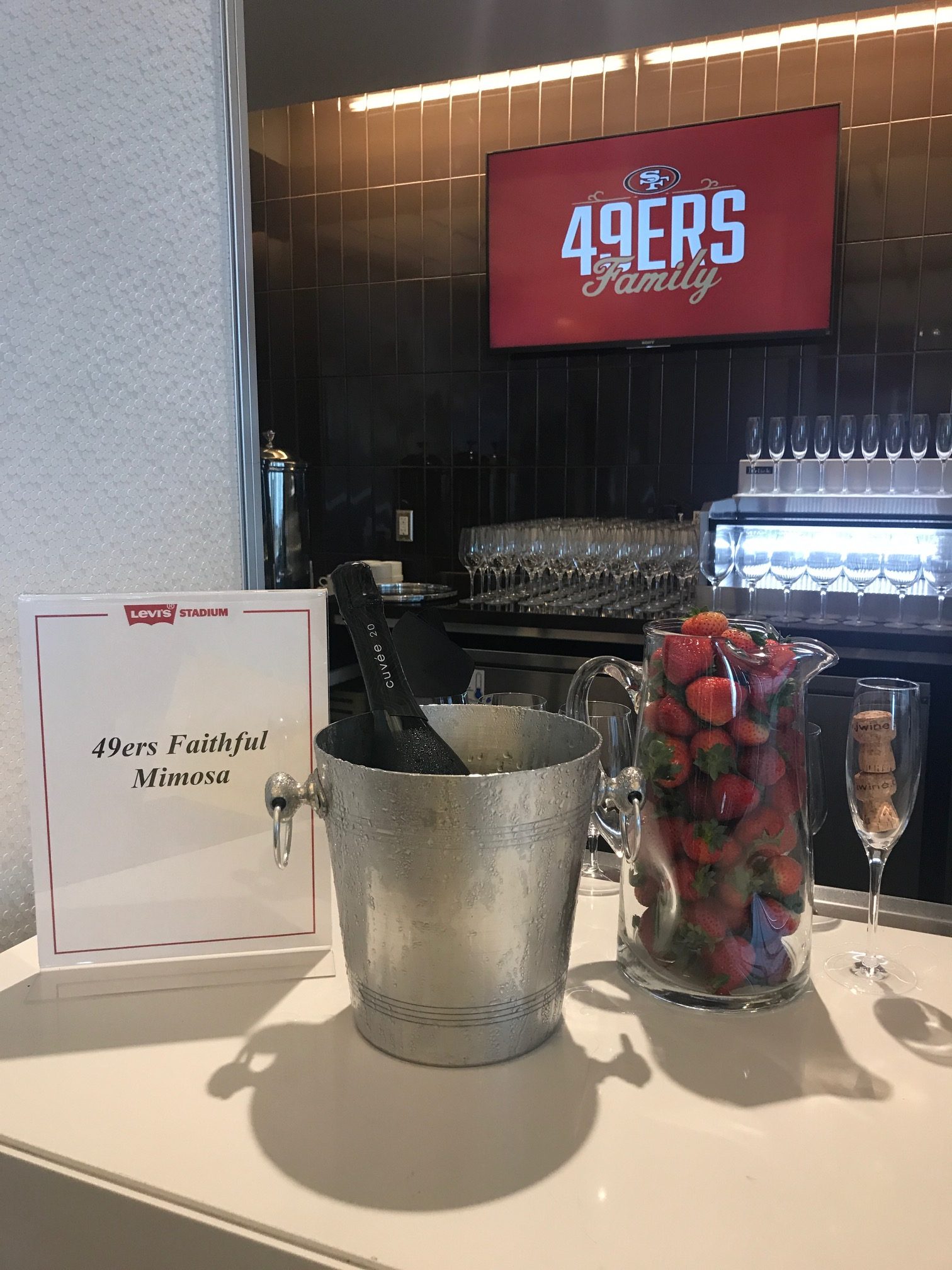 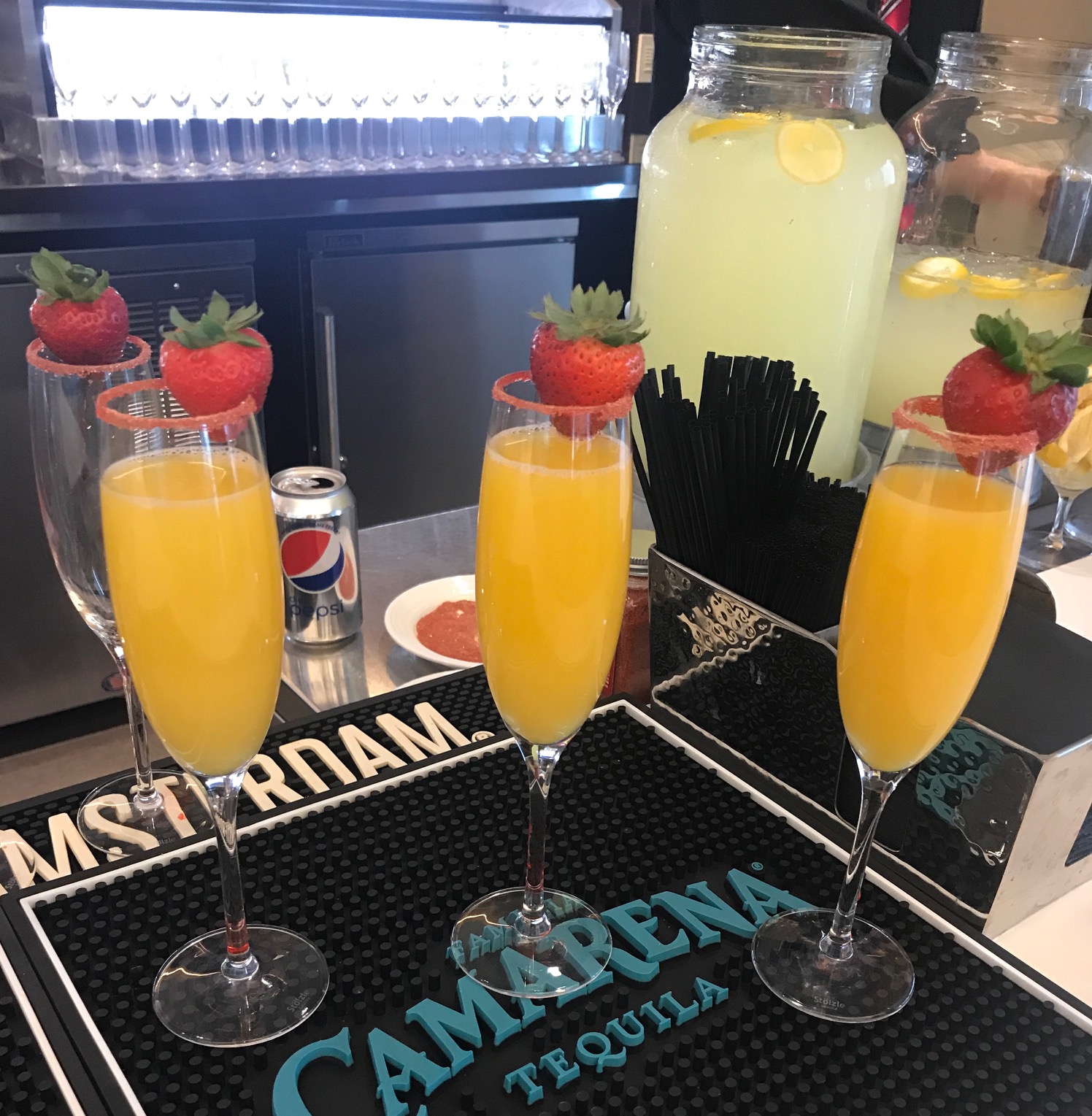 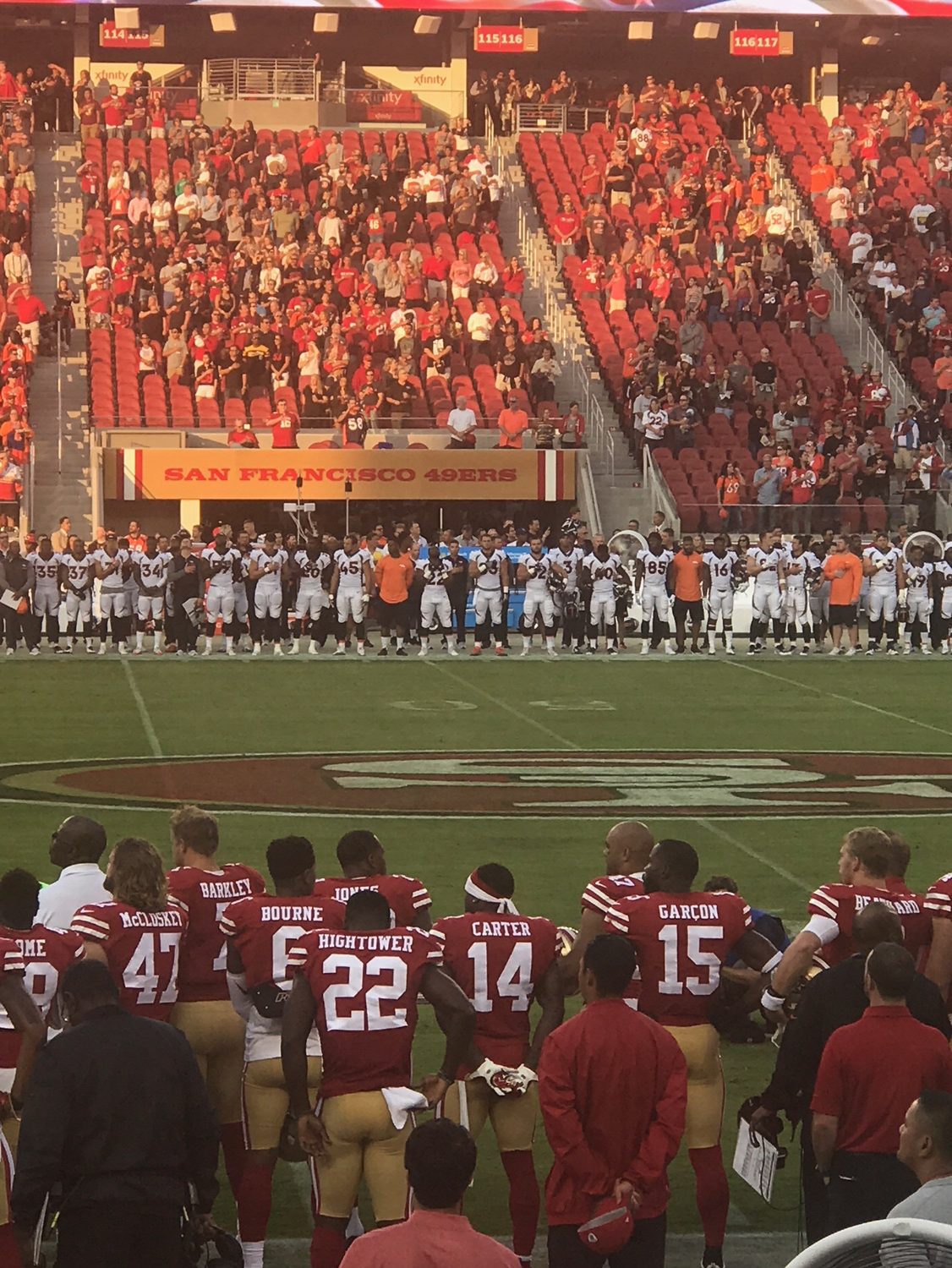 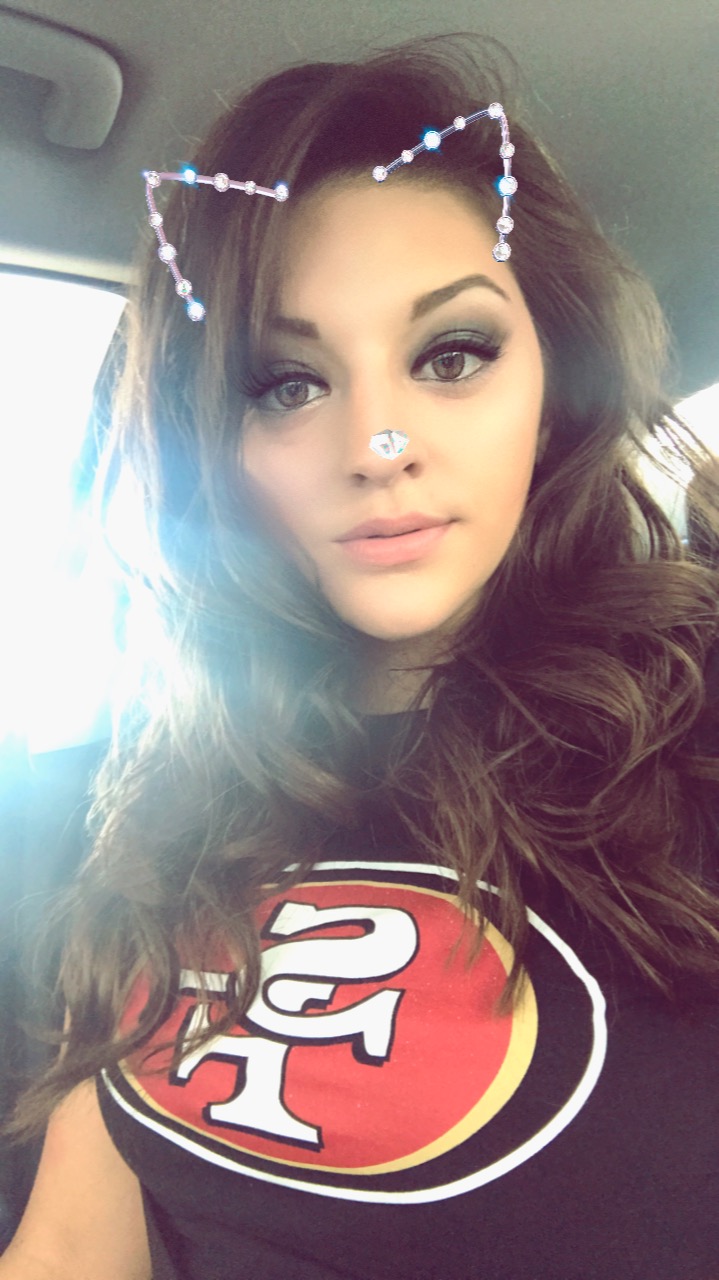 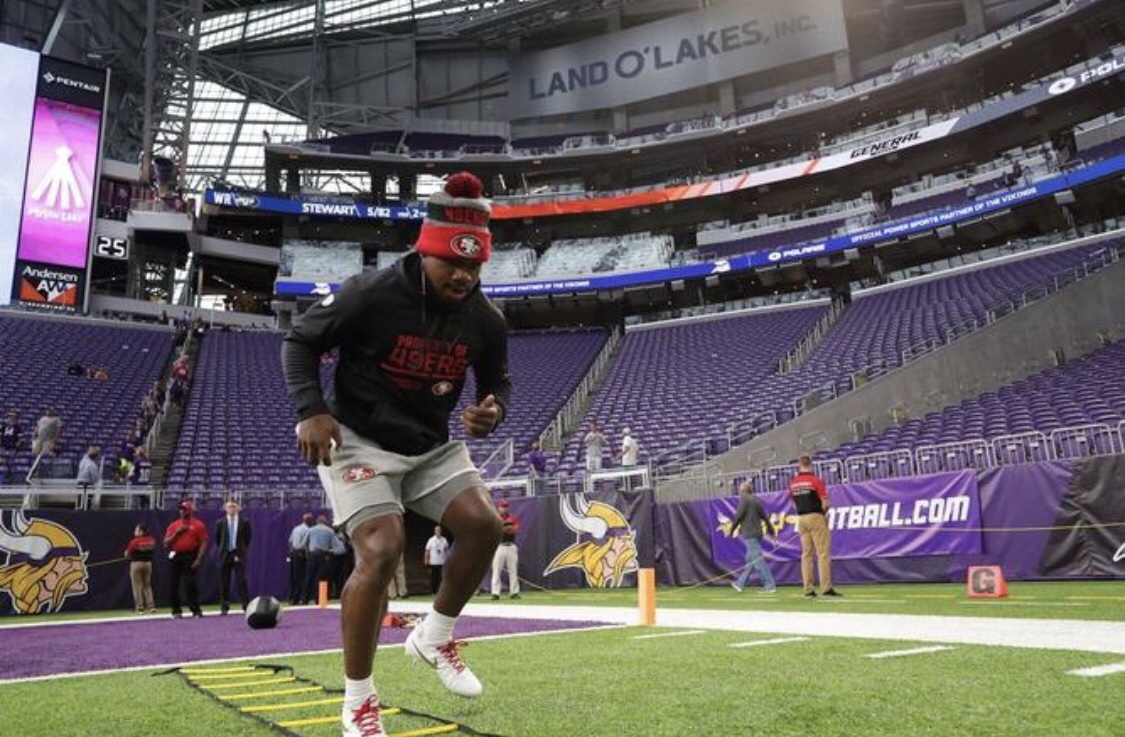 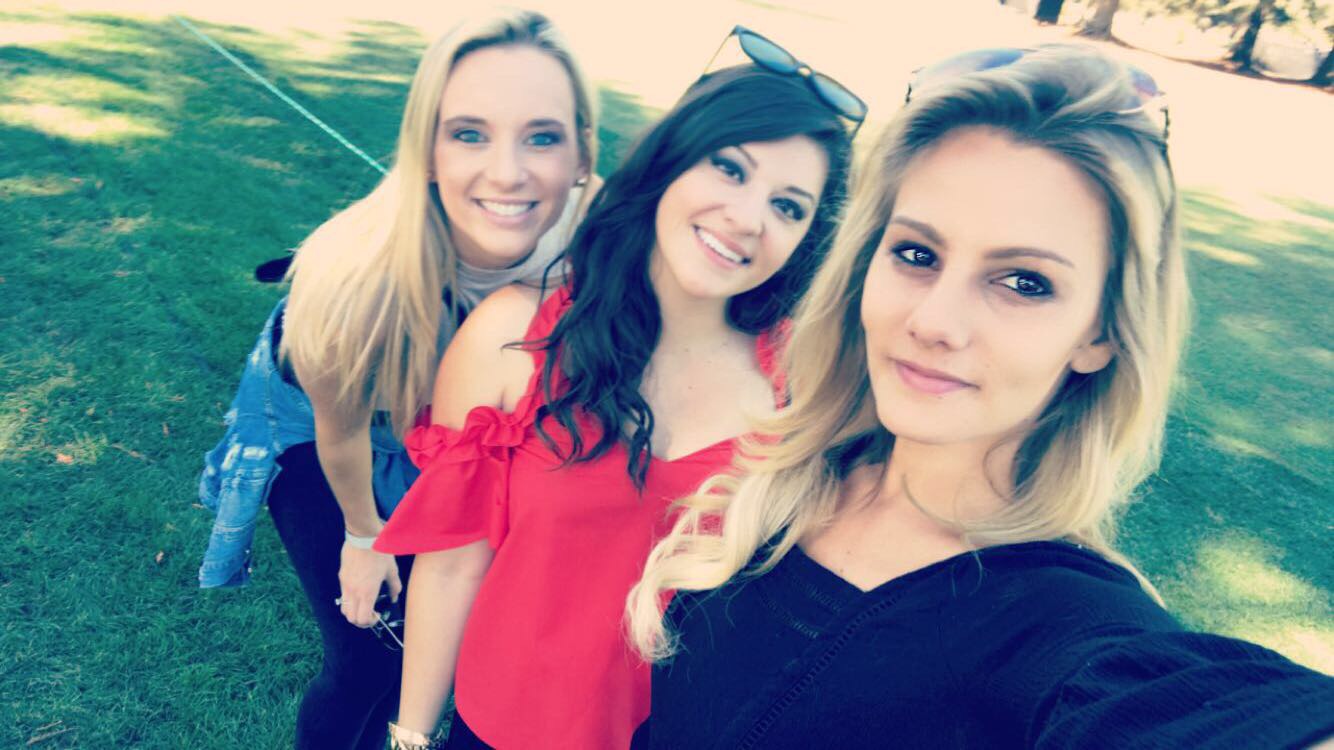 Napa trip with the girls for the PGA tour 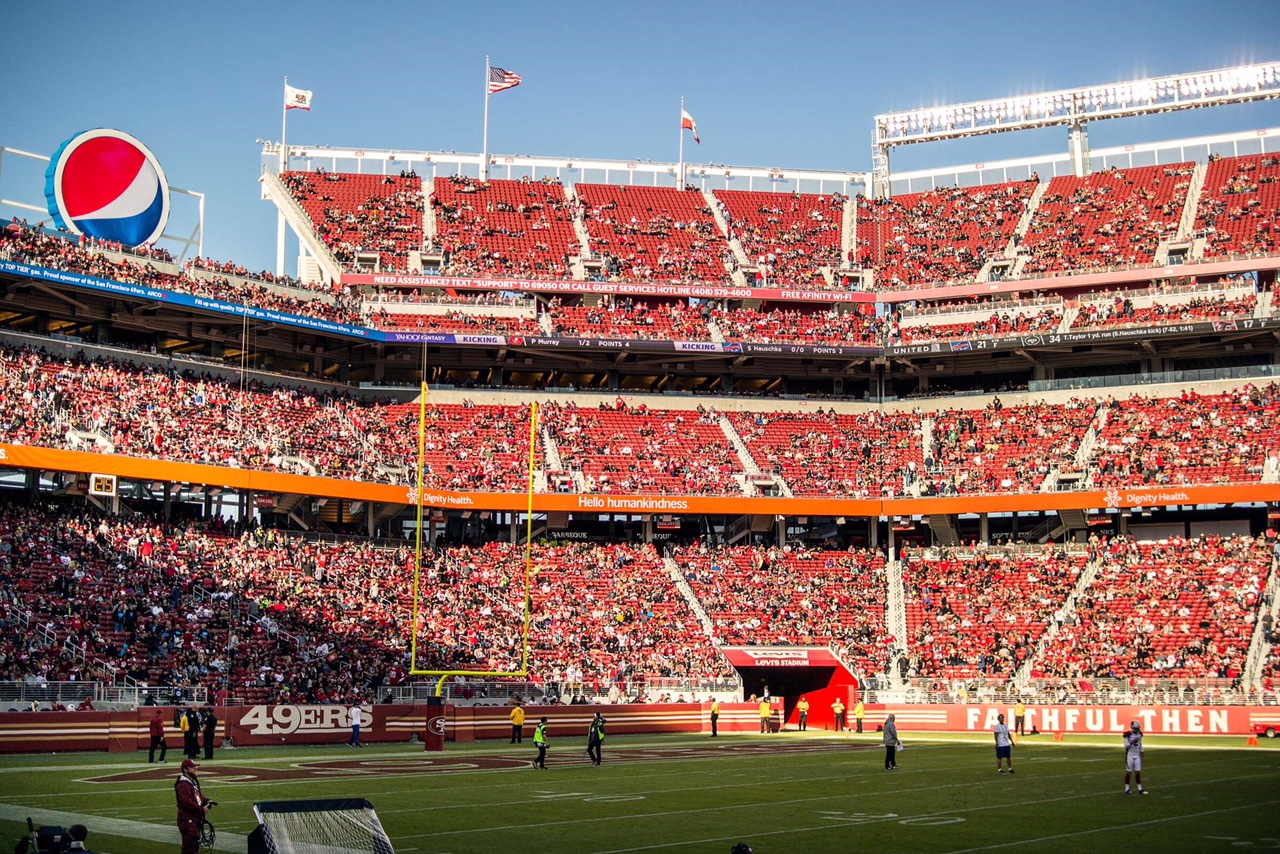 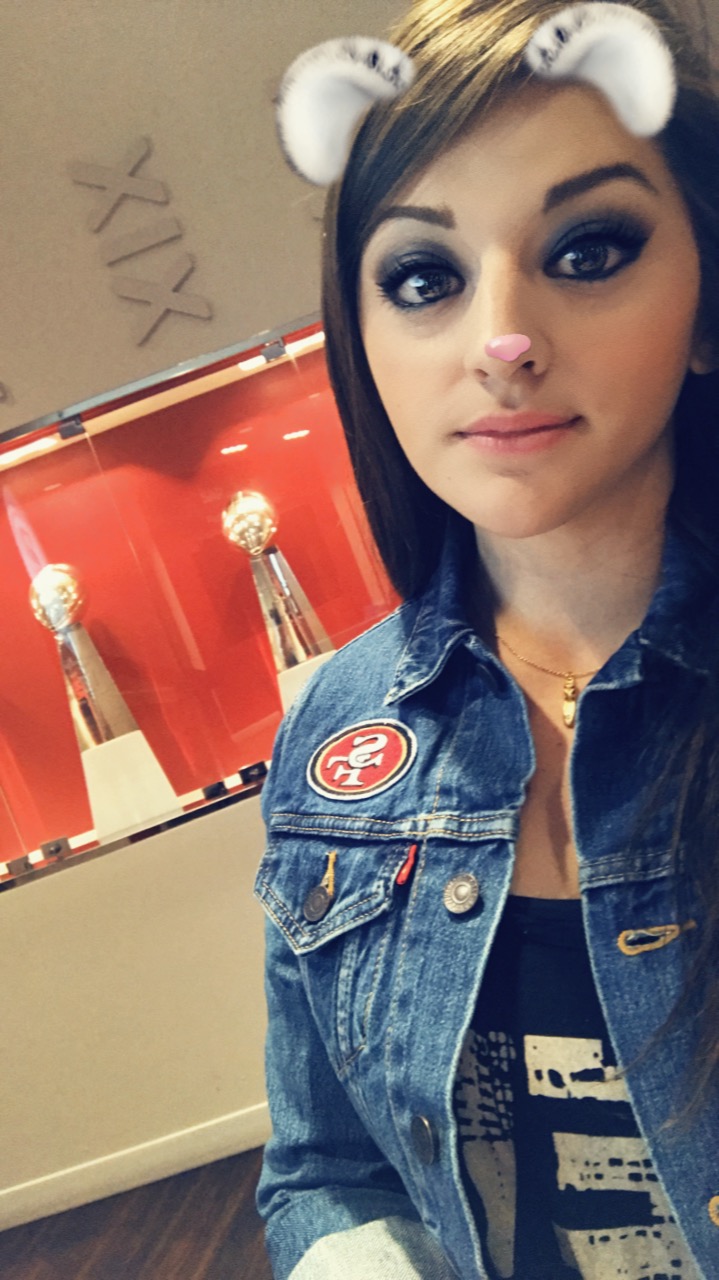 Chillen’ with the Lombardi trophies 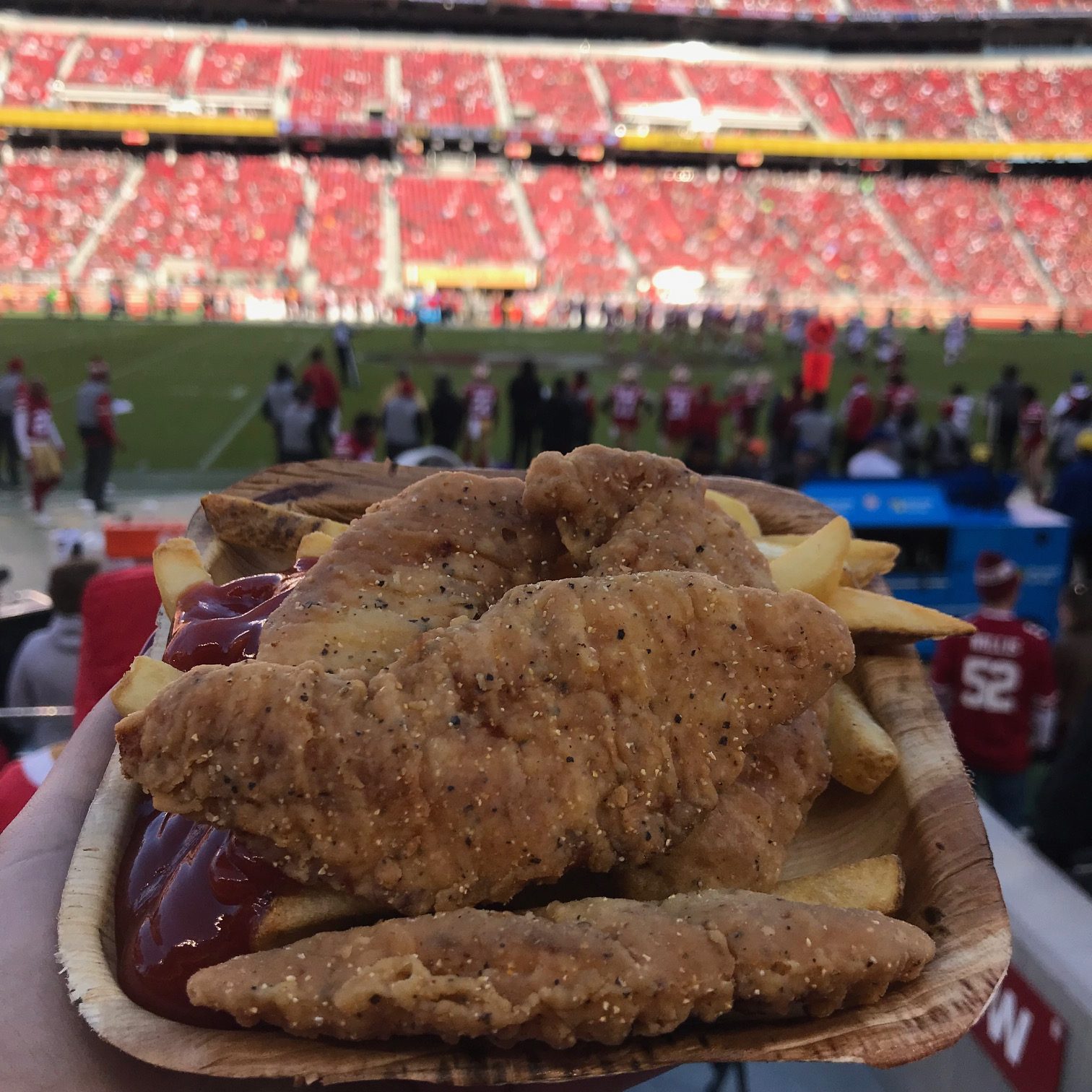 Game day, sitting with Ashley from @twopeasinaprada again. Gotta have those chicken strips 😉 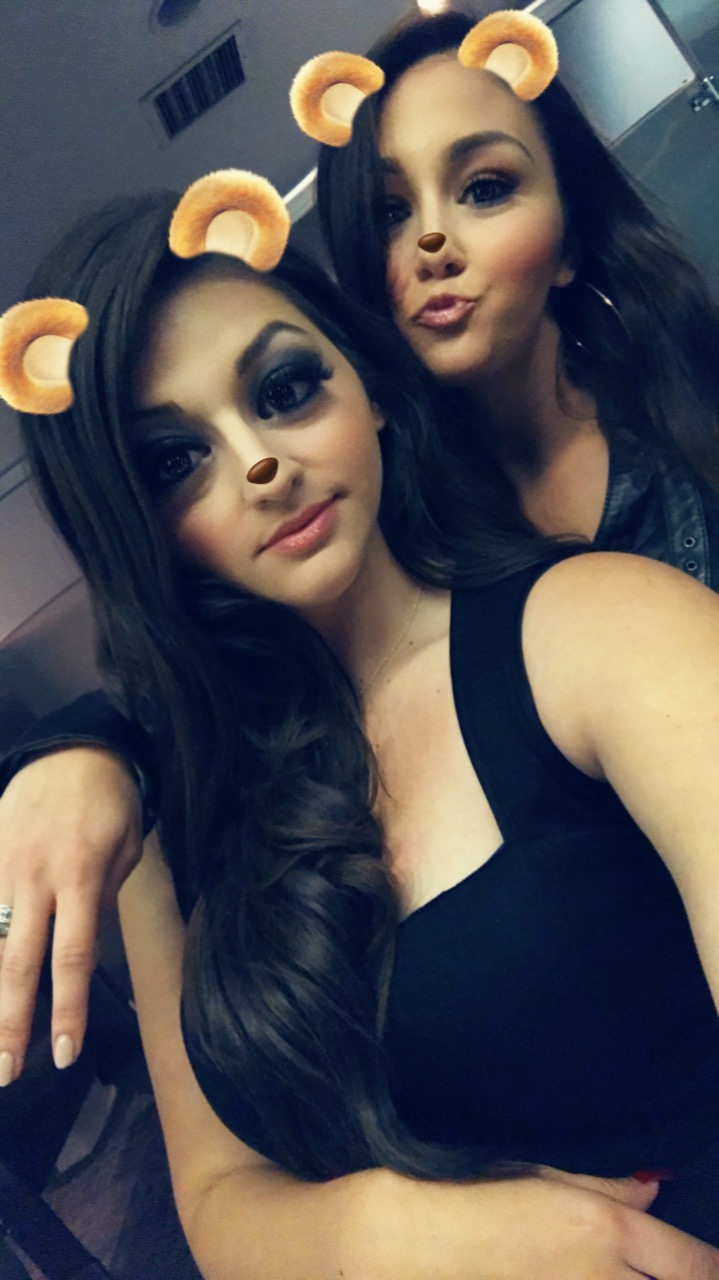 Hangin’ with my girl Dev at an NFLPA party 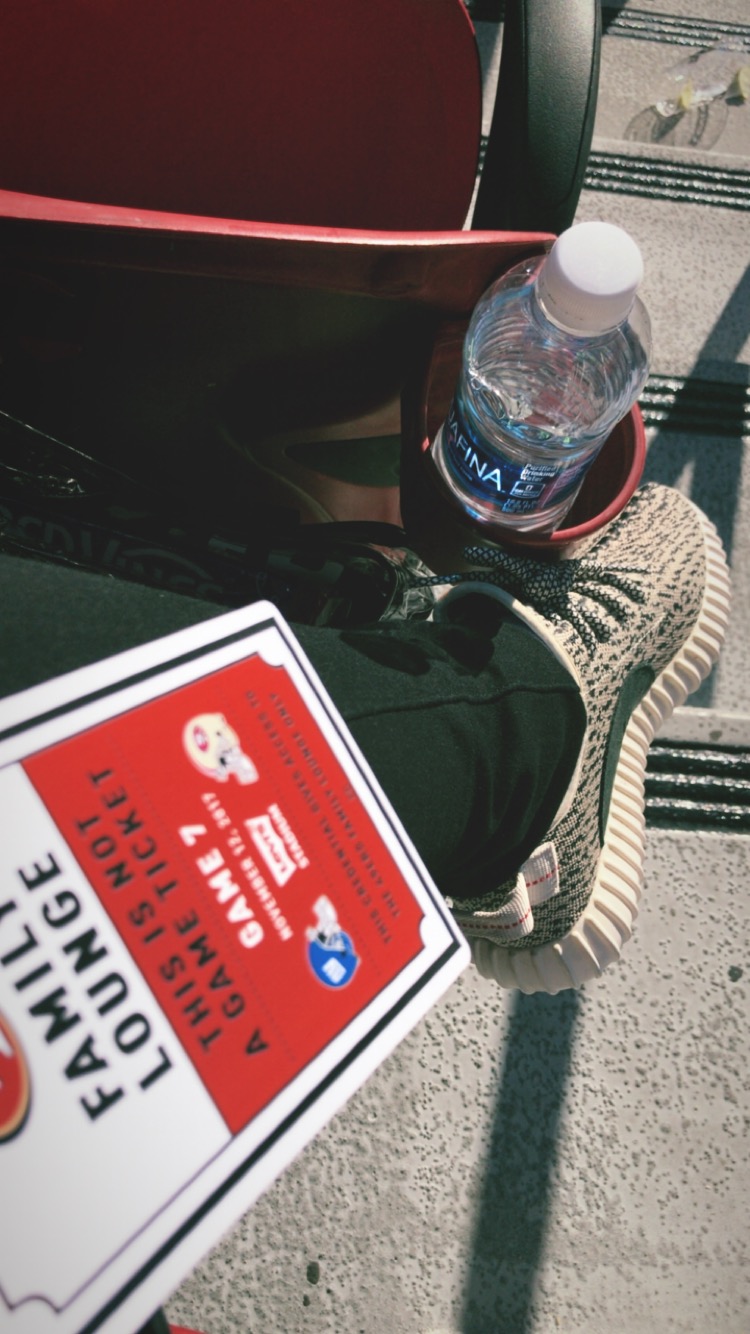 Game Day in my yeezy’s! 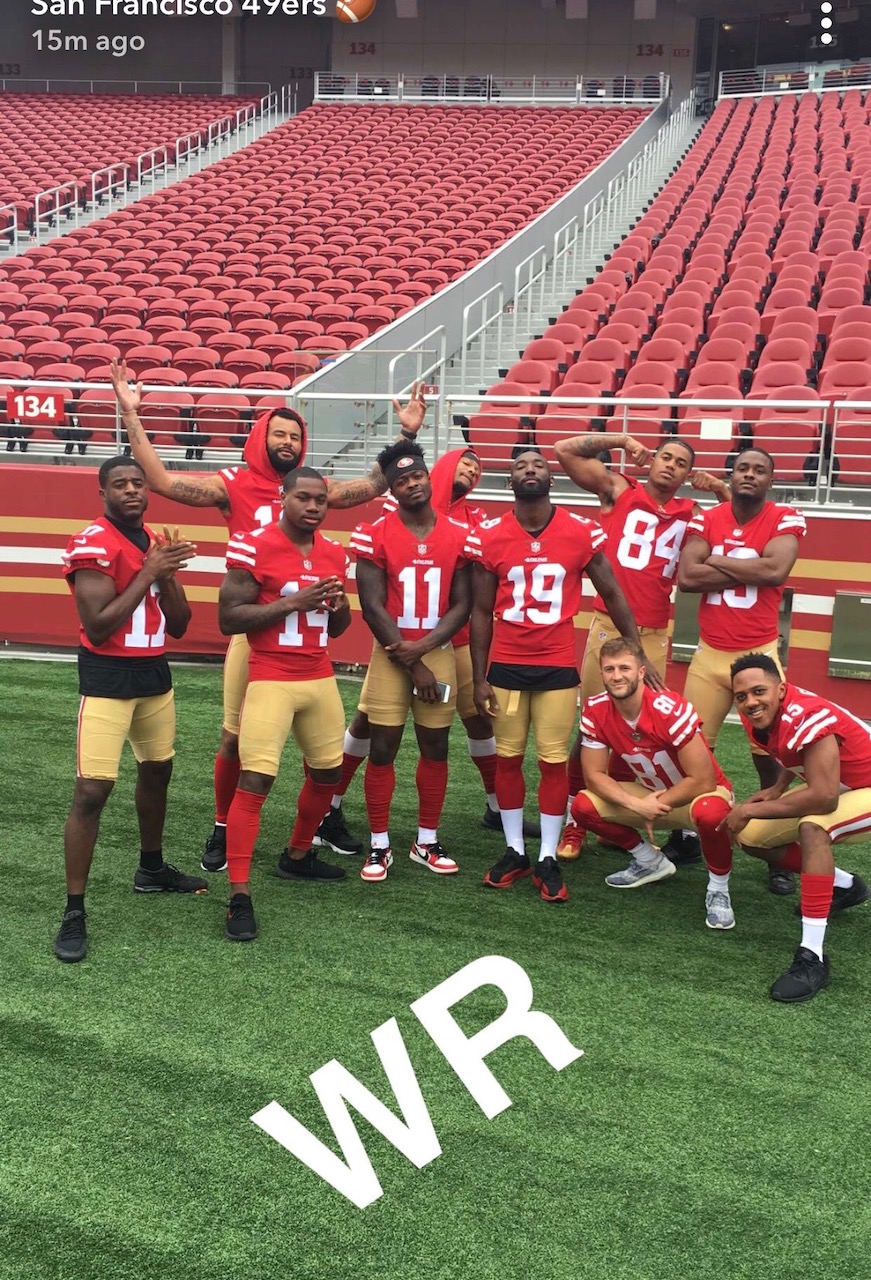 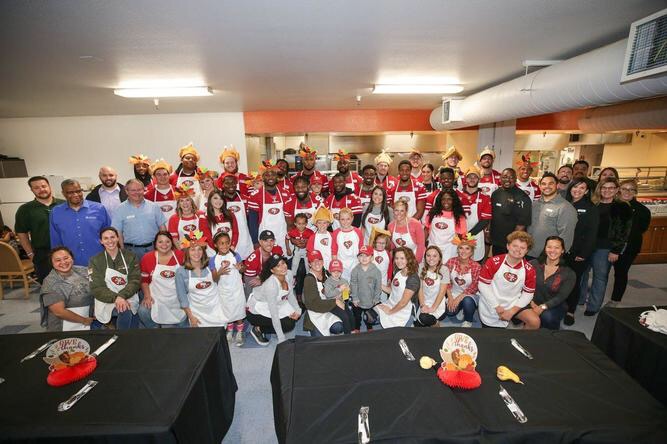 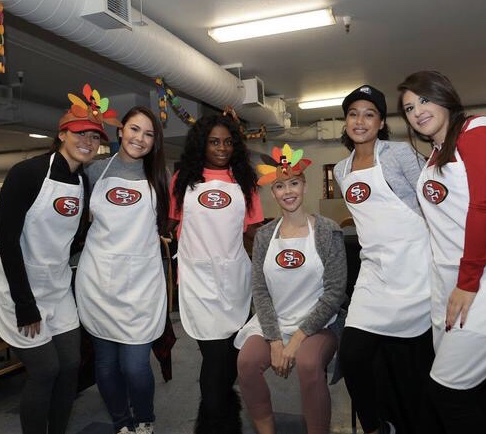 All my girls! Taken by 49ers photographer 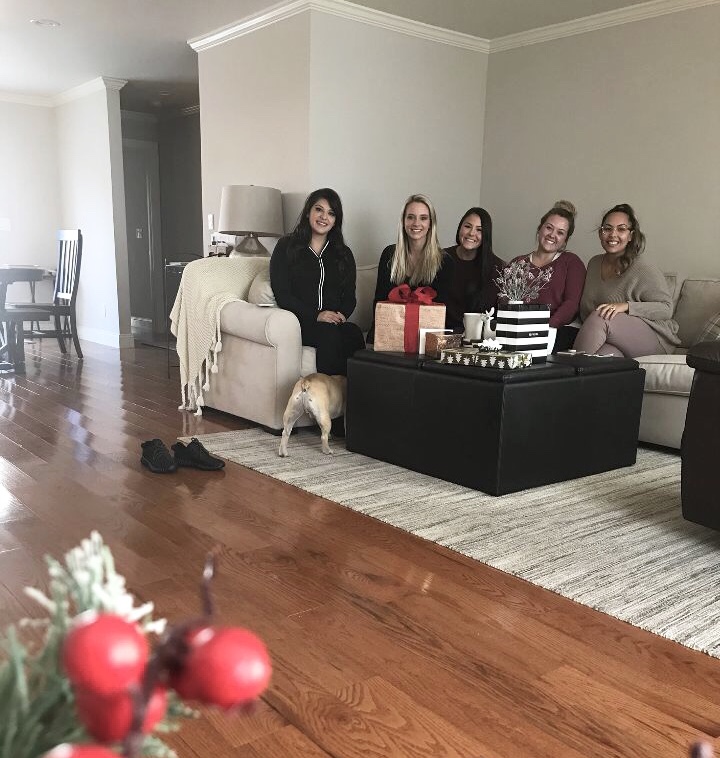 Half of our Bible study group! No clue why I’m so far from Brooke HAHA!! 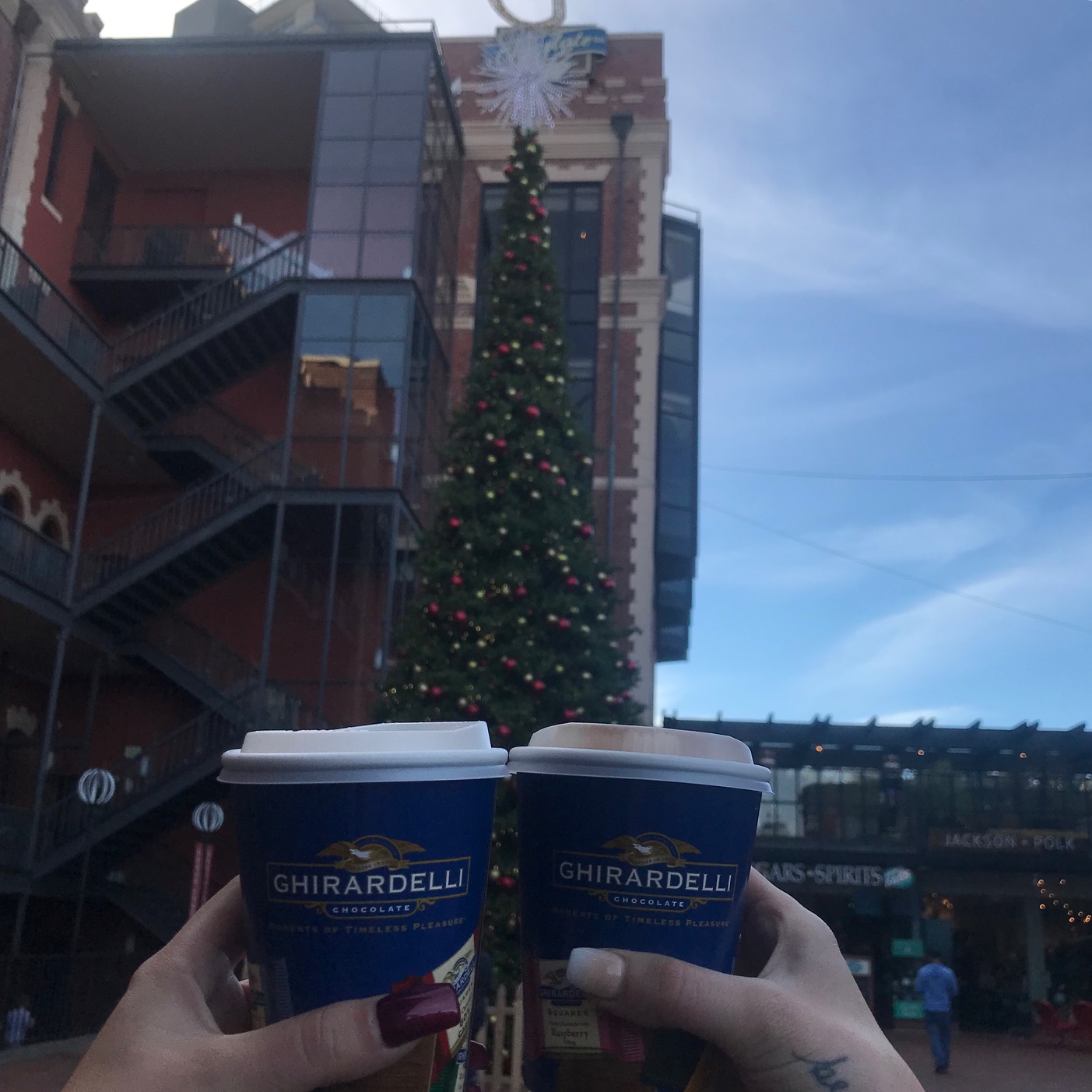 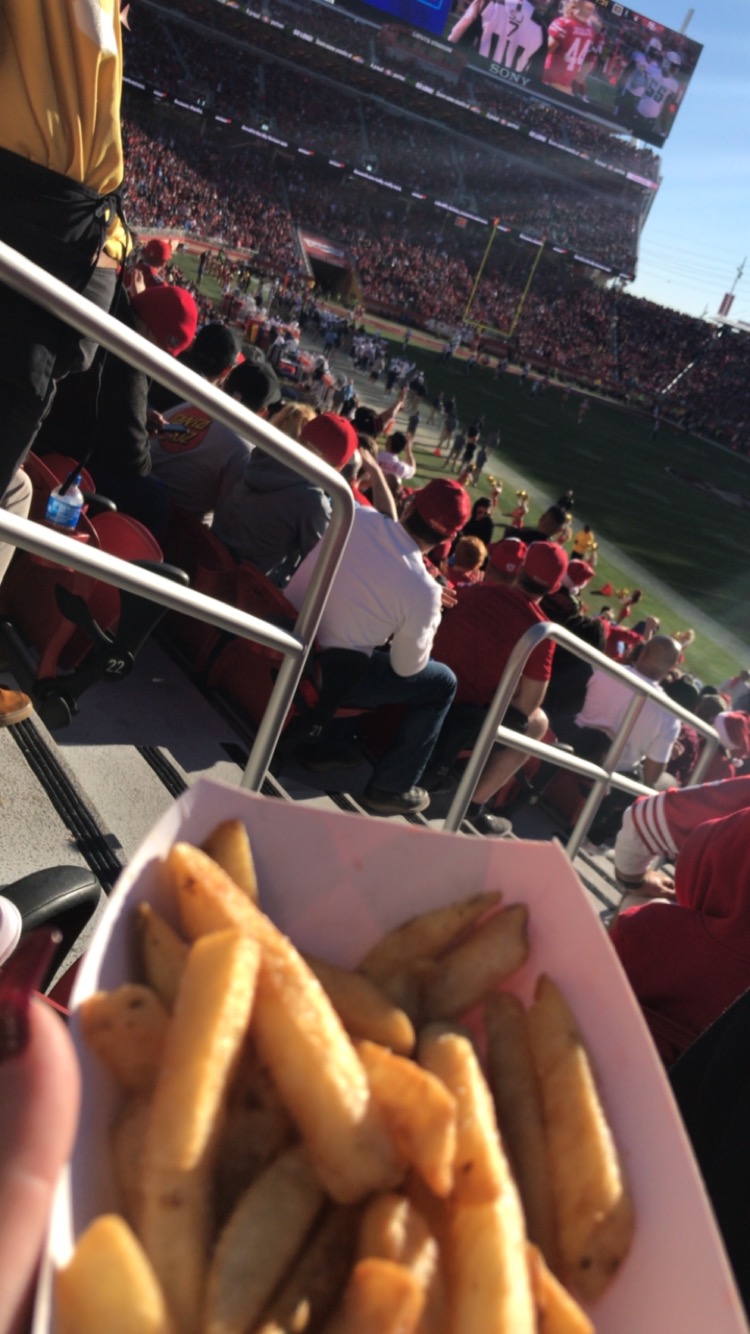 Game day with my Dev! 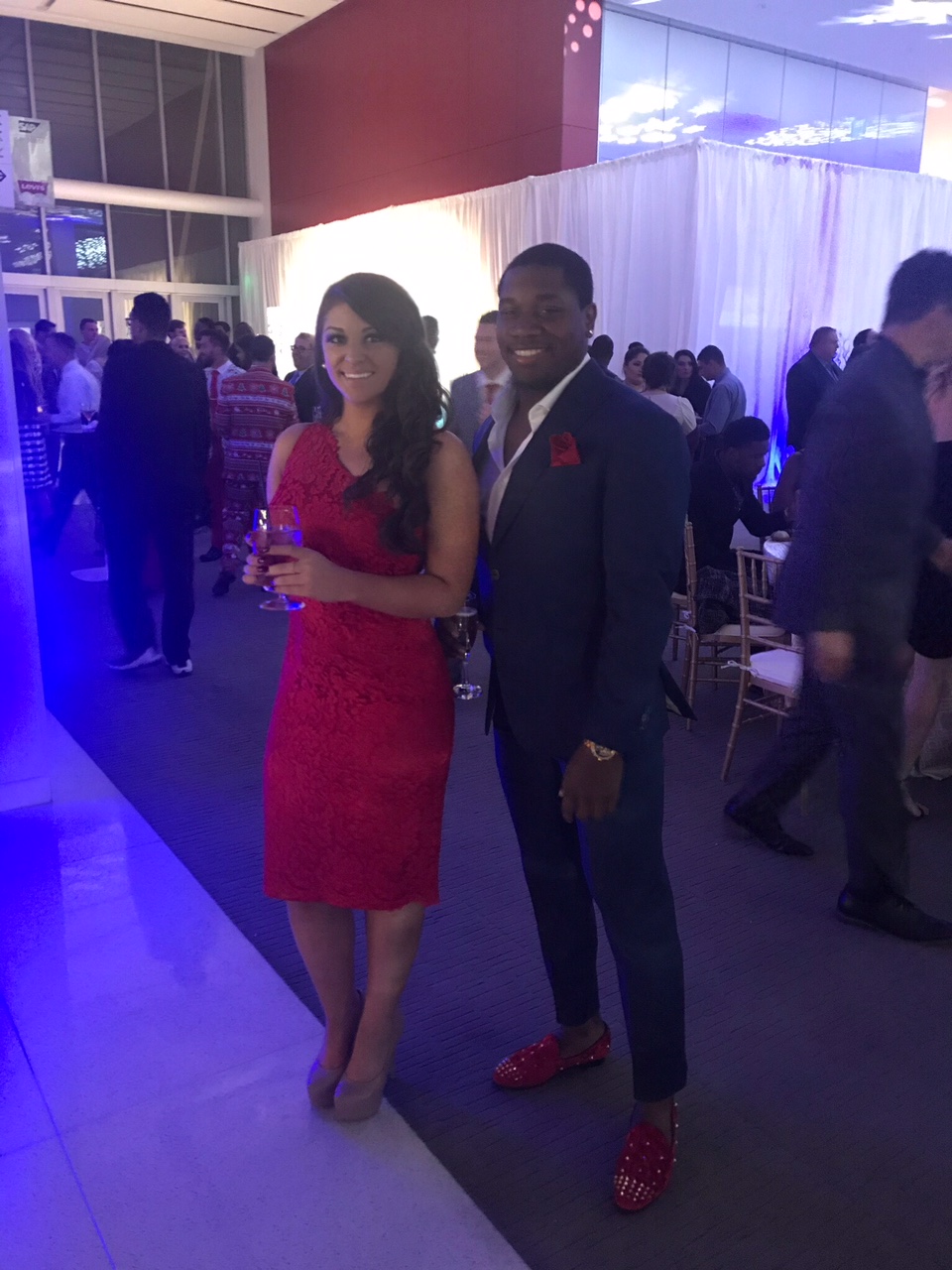 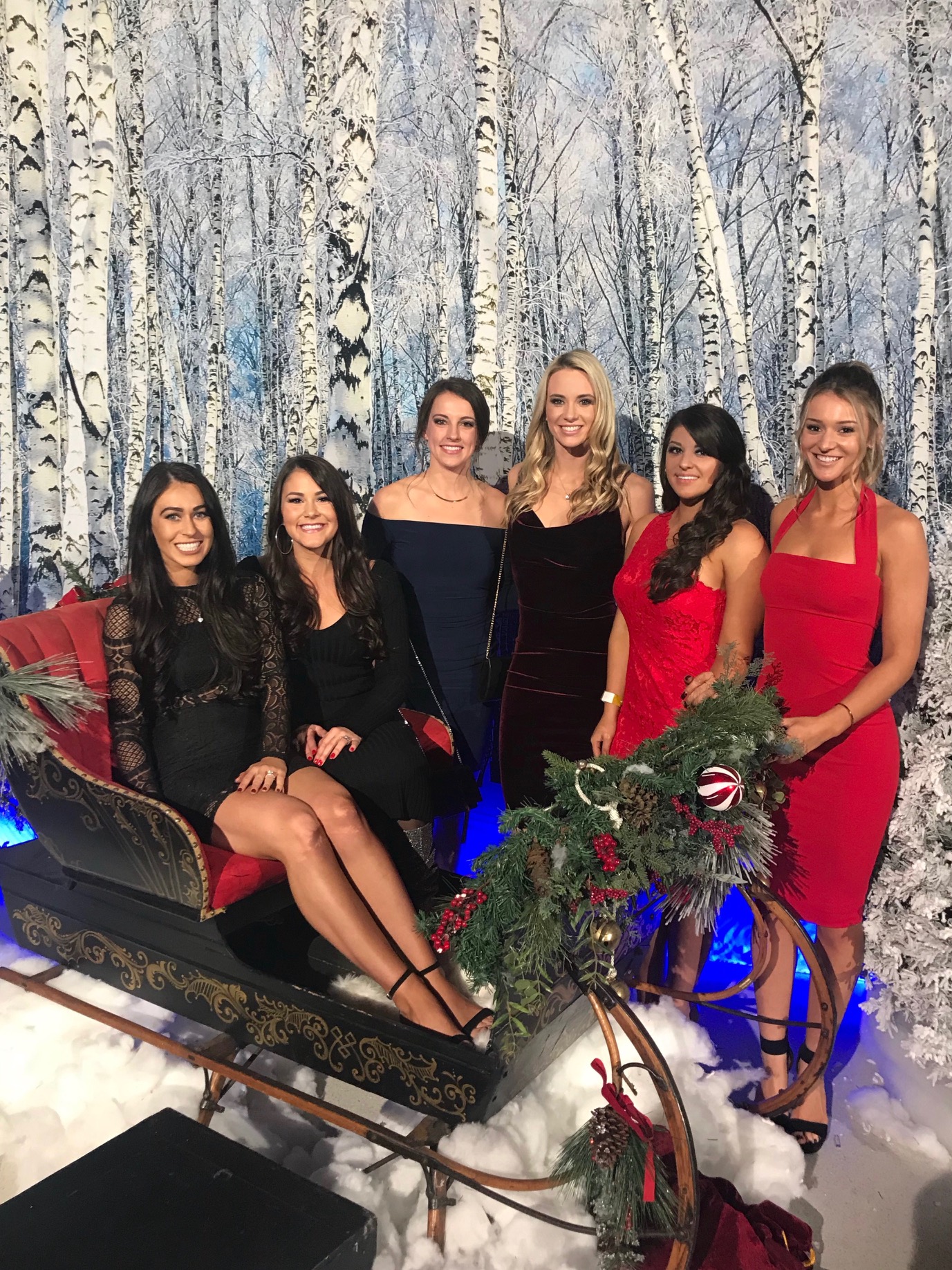 49ers Christmas Party with the girls!

Hanging with Mo in LA!

Visiting Skyspace LA, with Mo before the guys flew in!

Cheers to a wonderful first season with the San Francisco 49ers! Photo by 49ers photographer.